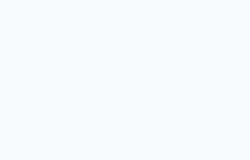 AGENDA 2063 is Africa’s blueprint and master plan for transforming Africa into the global powerhouse of the future. It is the continent’s strategic framework that aims to deliver on its goal for inclusive and sustainable development and is a concrete manifestation of the pan-African drive for unity, self-determination, freedom, progress and collective prosperity pursued under Pan-Africanism and African Renaissance

GHG Protocol offer online training on our standards and tools, as well as the “Built on GHG Protocol” review service, which recognizes sector guidance, product rules and tools that are in conformance with GHG Protocol standards.

With this document FIFA lays down the main principles of its tobacco-free policy in relation to FIFA’s own international football competitions and other related events organised by FIFA (“FIFA Events”) and the official sites where such FIFA Events take place, to the extent that FIFA has the exclusive use or control of such sites (“Event Sites”).

1986: FIFA announces it will no longer accept advertising from tobacco-industry sponsors.

1999: At the FIFA Women’s World Cup™ in the USA, FIFA supports an anti-smoking campaign launched by the U.S. Department of Health and Human Services (HHS).

2002: FIFA supports a smoke-free campaign launched by WHO and the HHS. World football’s governing body is consequently bestowed with the WHO Director General’s Award for an anti-smoking campaign.

2002: Korea/Japan becomes the first smoke-free FIFA World Cup, meaning it has no links whatsoever to tobacco. Every FIFA World Cup since has followed suit.

2010: FIFA, the LOC and other stakeholders develop and adopt the ‘Stadium Code of Conduct,’ which describes the applicable measures and policies for stadium visitors and staff, including prohibition of smoking in the stands and around the pitch.

2017/2018: Both the FIFA Confederations Cup and the FIFA World Cup in Russia are tobacco-free events.