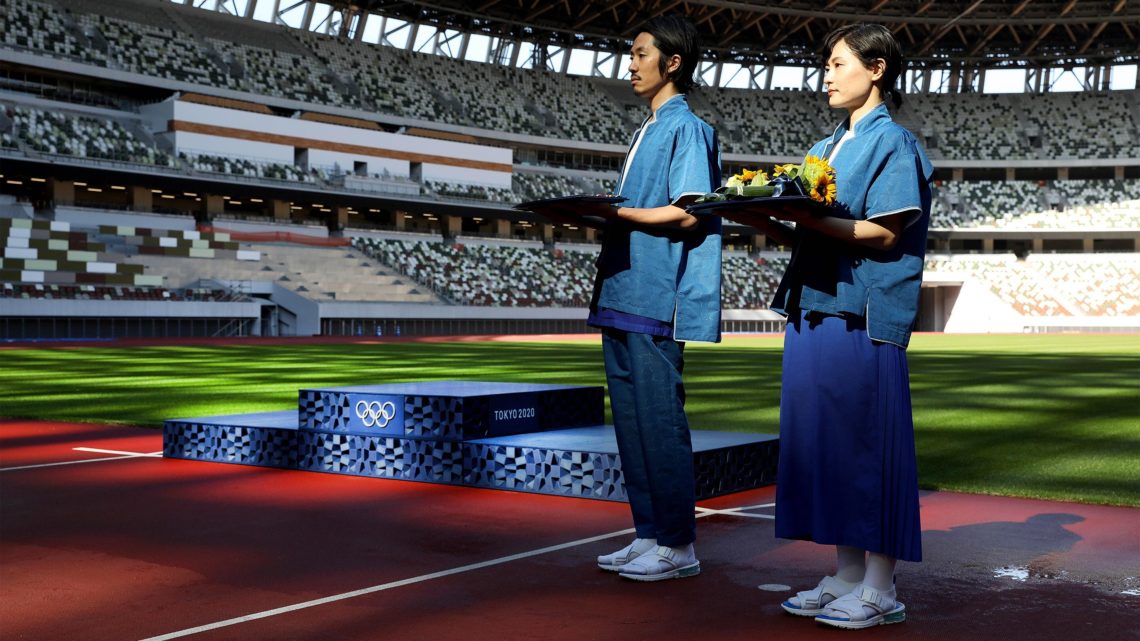 The ultimate moment in an Olympic and Paralympic athlete’s career is receiving their medal at the Games. This special moment is often the culmination of a lifetime of hard work and self-discipline.

In order to ensure that this unique moment is celebrated in the best way possible, and with just 50 days to go, the Tokyo 2020 Organising Committee today unveiled the elements that will accompany the Games’ Victory Ceremonies: the podiums, the music, and the medal bearers’ uniforms, as well as the medal trays they will carry to award the Olympic and Paralympic medallists.

Each element has been designed to recognise the athletes’ efforts to prepare for the Games and celebrate their achievements, while highlighting Tokyo 2020’s commitment to sustainability.

The unveiling ceremony took place at the Ariake Arena in Tokyo and was attended by Tokyo 2020 President HASHIMOTO Seiko and Japanese Olympians and Paralympians. It was followed online by athletes and spectators around the world.

Over approximately nine months, 24.5 tonnes of plastic were collected and utilised in the construction of the 98 podiums that will be used during the Games.

Olympic and Paralympic symbols embedded on the podiums were created using aluminium waste from temporary housing provided to the areas affected by the 2011 Great East Japan Earthquake.

Music
Created by one of Japan’s leading composers, SATO Naoki, the music that will accompany the Tokyo 2020 Victory Ceremonies features a variety of musical styles, with the goal of making athletes from all nations feel at ease. Its recording brought together 144 leading studio musicians and members of Japan’s top symphony orchestras. A total of 256 musicians contributed to the recordings of the strings and chorus sections – a scale rarely seen in Japan.

Costumes and medal trays
Based on the concept of modern ceremonial dress, the costume designs incorporate traditional kimono production techniques, such as “kasane” (layering), “ori” (weaving), “musubi” (knots), and “so-me” (dyeing), while featuring modern design elements, such as cooling features to protect from the heat.

Environmentally friendly recycled fibres have been used to make the costumes, and the trays have been produced using recyclable thermoplastic polymer. Both costumes and trays were designed by up-and-coming Japanese fashion director YAMAGUCHI Sota.

With the sustainability concept “Be better, together – For the planet and the people”, Tokyo 2020 is leveraging the visibility of the Games to showcase sustainable solutions. In addition to the podiums, Tokyo 2020 medals and torches are made of recycled materials. Committed to carbon-neutrality, Tokyo 2020 will feature zero-carbon technologies, including clean hydrogen that will power the Olympic cauldron and the Olympic fleet provided by Worldwide Olympic Partner Toyota.