Research: Measuring the environmental sustainability of a major sporting event: a case study of the FA Cup Final (2008)

This paper demonstrates how the ‘Ecological Footprint’ has been used to measure the environmental sustainability of the UK’s Football Association (FA) Cup Final. This approach provides valuable insights into the global environmental impacts generated by visitor consumption patterns. The paper also demonstrates how this tool can support policymakers and event organizers in staging sustainable events through the development and assessment of policy scenarios. 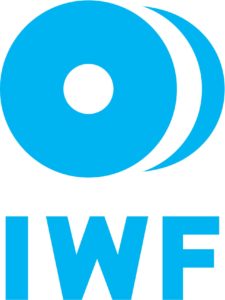 The Champ Camp, Jordan’s first Olympic Weightlifting school, aims to build inclusion and empower youth in the Palestinian Refugee Camp, Al-Baqa’. It provides an escape for the youth in that region to stay away from drugs, violence, and other consequences of poverty.

One of the busiest arenas in the world, Air Canada Centre holds an average of 180 ticketed events with 2.75 million attendees coming through the building each year. Beginning in 2008, Maple Leaf Sports & Entertainment (MLSE), owners of the Toronto Maple Leafs, the Toronto Raptors, and Air Canada Centre, launched “Team Up Green,” a five-year plan that set environmental goals for the arena. The sustainability plan specifically set goals to reduce energy use by 30 percent, reduce the arena’s carbon footprint by 30 percent, and divert 95 percent of waste from landfills by 2013—and they are close to meeting these goals.

The Bell Centre is the only professional sports venue in North America to be awarded three independent environmental certifications: LEED Silver for Existing Buildings (EBOM), ISO 14001, and Quebec’s ICI ON RECYCLE Level Three (the highest level). On October 13, 2009, the Canadiens became the first NHL team with a LEED-certified home arena and the first to achieve the LEED Silver level. A month later the Canadiens were also awarded the International Organization for Standardization’s 14001 certification for implementing an environmental management system (EMS). Three years later, the Canadiens are still expanding their green work, including planned renewal of their LEED EBOM certification in 2014.

Thanks to the widespread public and professional interest in sustainability in the Northwest, environmental stewardship was built into CenturyLink Field even before the first U.S. sports greening programs were established. Back in 2000, 35 percent of the concrete from the Kingdome was recycled onsite to construct Seahawks Stadium (which has since been renamed “CenturyLink Field”).

The Philadelphia Eagles have been pioneers in the greening of professional sports operations and supply chains since establishing their Go Green program, with the help of the Natural Resources Defense Council (NRDC), back in 2003. From switching to recycled paper products nearly a decade ago to installing the most extensive onsite renewable system of any U.S. sports stadium in 2012, the Eagles work to promote the social, ecological and financial benefits of going green.

Since opening in the spring of 2000, AT&T Park has been home to the San Francisco Giants Major League Baseball team, which owns and operates the facility. The ballpark doubles as a venue for concerts, corporate programs and other sporting events, including pro soccer games, collegiate football games, and even big-air ski and snowboard contests. From day one the Giants have made environmental stewardship a business priority at the park by integrating sustainability into their company mission and operations. AT&T Park was the first major league ballpark to install a solar array and the first to receive LEED Silver Certification for existing buildings: operations and maintenance (EBOM). The Giants also divert the most waste from landfill of any professional sports venue in North America, with an 85.2 percent diversion rate for 2011. Here are some lessons from their greening successes to date.

As part of its commitment to environmental stewardship, the National Hockey League joined forces with NRDC on sustainability initiatives in 2008. This web-based resource offers environmental guidance and strategies to promote more sustainable practices for NHL team and arena operations.