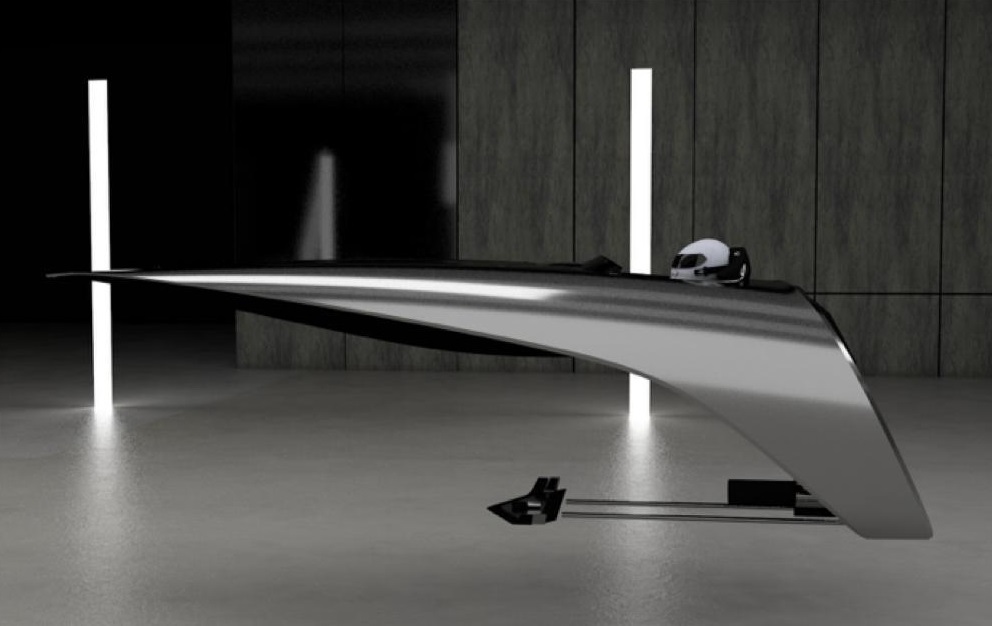 E1 and SeaBird Technologies have announced they are joining forces with the expert marine engineers at Victory Marine to develop, manufacture and assemble the electric RaceBird powerboat that will feature in the UIM E1 World Electric Powerboat Series. Coming on board as the Official RaceBird Engineering and Manufacturing Supplier of the E1 Series, Victory Marine will work on the conceptual design created by SeaBird Technologies Founder Sophi Horne and lead a consortium of marine engineering specialists to bring the RaceBird to life.
Together with Victory Marine, they will combine their knowledge to create the platform of the high-tech vessel – from its hull, propulsion architecture, foil controls and its hydro and aerodynamic features.

Competing in the global E1 Series, each RaceBird powerboat will be driven by a single pilot and will be targeting speeds of up to 60 knots (111 km/h or 69 mph). The first RaceBirds will be unveiled on June 8, to coincide with World Oceans Day, with prototype testing scheduled to take place in October later this year. Alongside building and developing the full fleet of race-ready RaceBird powerboats specially for the E1 Series, Victory Marine has also been tasked with engineering and manufacturing the sister SeaBird model, a six-person electric foiling powerboat that will be made accessible to anyone through a shared booking platform.

Rodi Basso, Co-Founder & CEO of E1, said: “Starting the production and build phase of the RaceBird is special and a defining moment when getting a new racing series off the ground, and our Chairman Alejandro Agag and I are happy to be going on this journey together with Victory Marine. Working with trusted partners such as the team at Victory Marine allow us to accelerate preparations and offer race-ready boats to our teams, before giving them the freedom to develop their own components. I’m looking forward to following the design and build process and seeing the first prototype in action. Stay tuned for more announcements coming from the E1 Series in the coming weeks.”

Brunello Acampora, CEO of Victory Marine, said: “Victory Marine is thrilled to partner with E1 and SeaBird Technologies to engineer and manufacture the new electric powerboat for the E1 Series, and deliver on the innovative conceptual design of the RaceBird. Our team is privileged to be involved in co-pioneering this new competition focused on revolutionising electric marine mobility. We see the E1 Series as truly innovative – an engineering challenge and the ultimate proving ground for cutting-edge electric powerboats.”

Dr. Raffaele Chiulli, President of the Union Internationale Motonautique (UIM), said: “The UIM is proud to join the extremely exciting journey towards this new competition of electric powerboat racing. Together with E1, we’re co-developing a new championship that will set a whole new standard for our sport. As well as creating an exciting high-performance sport, the technology and development of the vessel engineered by Victory Marine will progress electric boat mobility and help revolutionise our industry for decades to come.”

Sophi Horne, Founder of SeaBird Technologies and RaceBird designer, said: “I’m happy to be working with Victory Marine to make the RaceBird a reality. As a designer, it’s always a special moment to see your own concept come to life. With a vast amount of experience in building and assembling race boats, the expert engineers at Victory Marine will be able to take my design drawings and produce something you can physically race on the ocean, lakes and rivers around the world. As the name suggests, the inspiration for the boat came from birds and with Victory Marine we’ll soon be watching the RaceBird in action and taking flight on the water.”

The UIM E1 World Electric Powerboat Series launched in September last year at the Monaco Yacht Club, where the organising team revealed plans for a global short course racing series, set to take place against stunning city backdrops and in spectacular remote locations – all aimed at accelerating the electric revolution on the water.
Since the launch, the E1 Series team has been working together with SeaBird Technologies to define the development of the series, including finalising details with series investors and continuing discussions with prospective cities, teams and partners in preparation to deliver the world’s most disruptive on-the-water sport and entertainment product.
The E1 Series organisers are closely working with the UIM – international governing body of powerboating – to address the sporting regulations, event format, venues and track layouts to ensure a competitive, fair and exciting racing experience.
To learn more about the UIM E1 World Electric Powerboat Series, visit – www.e1series.com