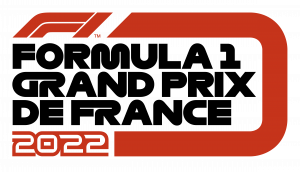 The environmental certification of the French Grand Prix is fully in line with the Formula 1® environmental sustainability plan, which should enable the championship to reduce its carbon footprint, hosting sustainable events by 2025 and becoming Net-Zero Carbon by 2030.

Jean Todt, FIA President, said: “The FIA Environmental Certification Framework is an important standard by which sustainability is measured across motor sport and its stakeholders. I am pleased to see that the strong commitments and actions made by the French Grand Prix have brought it to the Three Star level. Pioneering innovations have always been part of motor racing.”

Christian Estrosi, President of the GIP Grand Prix de France – Le Castellet, said: “I congratulate the teams of the Formula 1 Grand Prix de France on this important step. This accreditation recognises its engagement to actively reduce its impact on the environment and its determination to offer a positive change in motor sport and towards a more sustainable future.”

Eric Boullier, Managing Director of the GIP Grand Prix de France – Le Castellet, said: “Obtaining the highest level of environmental certification from the FIA is a tribute to the work that has been carried out over several years. This makes the French Grand Prix the first Grand Prix organiser to obtain this certification and is an important recognition for our organisation. I would like to thank the teams of the French Formula 1 Grand Prix for their daily commitment and in particular Pierre Guyonnet-Duperat, our Communications & CSR Director, for his involvement in this project.”