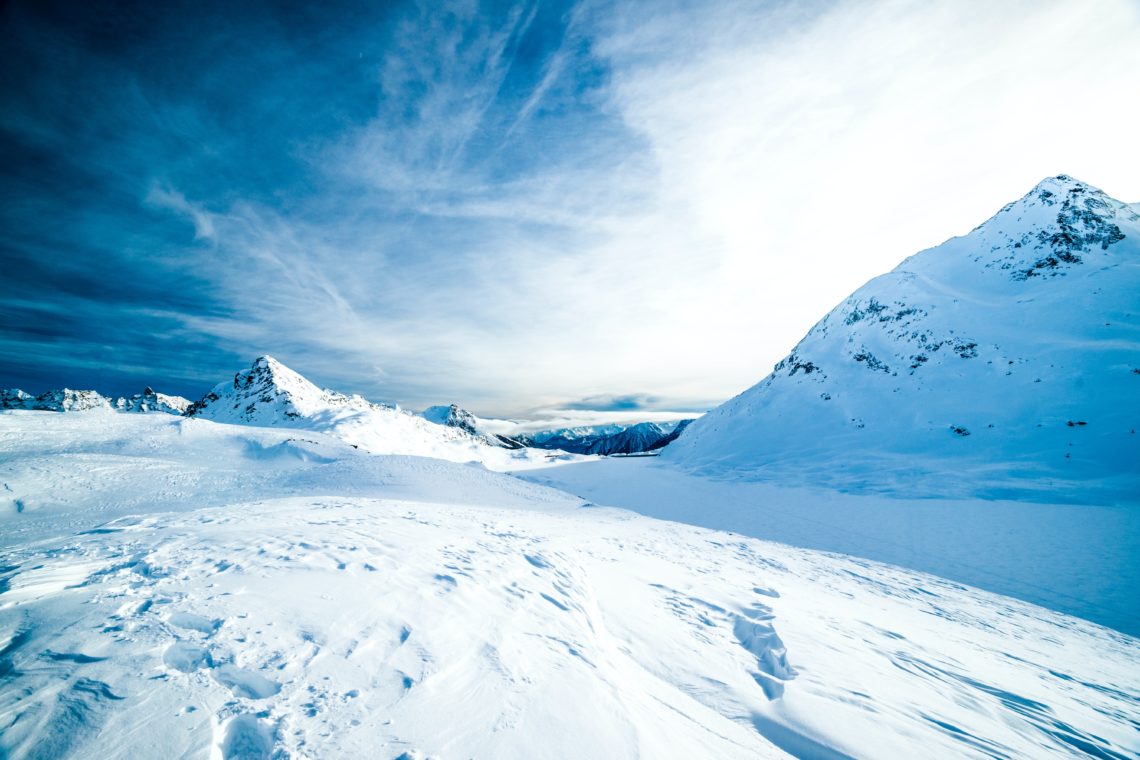 There are few places where climate change is as tangible as in the Alps; Europe’s largest mountain range has been warming at twice the global average.

OBERWÖLZ, Austria — At the Lachtal ski resort, high in the eastern Alps of Austria, skiers immediately pull out their phones after sliding off the chairlift — not to take selfies, but rather to snap pictures of the windmills that have become part of the mountainous vista.

When the first windmills were built here in 2022, towering at about 7,290 feet, many tourists saw the massive blades as an eyesore. But as the wind park grew and expanded, so did skiers’ environmental conscience. Today, locals and tourists are proud to ski among the backdrop.

“When I ride up with them and eavesdrop, they’re usually impressed,” says Rudolf Wiesnegger, who maintains the wind park and adjacent solar panels. “They comment that it’s great for the environment,” he says.

There are few places where climate change is as tangible as in the Alps; Europe’s largest mountain range has been warming at twice the global average. Snow has become scarcer, and glaciers are receding dramatically. Skiers see it when they ride down slopes sprayed with artificial snow, and they are increasingly concerned that their favorite sport helps damage the very environment they’re seeking.

Skiers and spectators have been flabbergasted by this year’s Winter Olympics in Beijing. Just as the LED snowflakes that sparkled during the Opening Ceremonies weren’t real, the snow that skiers and snowboarders are competing on isn’t natural, either. The Alpine competitions are held in the brown mountains around Zhangjiakou, on white bands of snow entirely created with machines that need massive amounts of water and electricity.

“It’s just crazy,” says Cécile Burton, a French-British national who grew up skiing but switched to snowboarding when she moved to the village of Morzine, a popular ski destination in the French Alps.

Burton heads Montagne Verte, or Green Mountain, an association trying to make skiing more sustainable. She is among those who have begun to counteract the sport’s impact on the planet. In making their favorite sport more sustainable, an increasing number of skiers are hoping to secure its future.

“We’re definitely seeing that people worry about this, that they are aware that ski holidays are not very sustainable — but [they] can be,” the 30-year-old says.

The Winter Olympics, once a flagship ad for winter sports, have an increasingly negative reputation among skiers (and not just because the Games’ leaders ignore hosts’ human rights records).

Conditions during the 2010 Winter Olympics in Vancouver and four years later in Sochi, Russia, were “too warm for even advanced snowmaking technology,” so snow had to be trucked or flown in from elsewhere. Zhangjiakou, where the climate is so dry it basically never snows, might be the worst advertising for winter sports thus far, says Peter Zellmann, head of the institute for leisure and tourism research in Austria. Instead of inspiring amateur athletes, “holding Olympic Games the way this is happening in China is counterproductive and has a negative impact on [winter] tourism,” Zellmann says.

And yet it might be a glimpse into the future. Previous host cities already belong to the fastest-warming locations worldwide, and if greenhouse gas emissions aren’t dramatically reduced, 20 of the 21 destinations that have previously hosted the Winter Olympics wouldn’t be able to do so by the end of the century, according to recent research, led by the department of geography and environmental management at the University of Waterloo in Canada. The only exception would be Sapporo in Japan.

“In terms of the climate, it’s complete madness,” says Laura Gantenbein, a 28-year-old who saw the images of Zhangjiakou on TV in her home in Switzerland, where she grew up skiing and snowboarding. Hefty ticket prices already keep the budding lawyer from hitting the slopes as frequently as she used to, but increasingly, she says, she’s also worried about the impact on the environment. Even in the mountainous Engadin valley, birthplace of Gantenbein’s mother and of Alpine winter sports, she now finds that snow cannons are ubiquitous. “And all that does make you think: Is that still OK?” she says.

The industry is feeling that pressure, too, says Robert Steiger, who researches winter tourism at the department of public finance at the University of Innsbruck in the Austrian Alps. Though skiers aren’t yet dropping their favorite sport, “it’s going to be a big topic in the future,” Steiger says.

If you visit the ski resort of Morzine, you can stay in hotels that have installed solar panels and dine in restaurants that serve local produce rather than over-harvested fish — all thanks to help and nudging from Montagne Verte, the sustainable skiing association.

On a cable-car ride to Matterhorn, the iconic Swiss mountain shaped like a jagged tooth, you’ll find solar panels reflecting off the base station. And if you turn on a television in See, a municipality in Austria’s narrow Paznaun valley, you’ll learn that the hydropower plant along its mountain brooks generates enough electricity to run the cable cars and produce snow. The excess of about 9.5 gigawatt hours, enough for more than 200 households, is fed into the grid.

Not just ski resorts, but the International Ski Federation (FIS) is taking a different tone, too. Just three years ago, Gian Franco Kaspar, then head of the FIS, said “there is no evidence” for “so-called climate change” in a Tagesanzeiger interview.

But the group’s new president, Johan Eliasch, a Swedish British billionaire, told The Washington Post that skiing needs to “act in harmony with nature and not against it,” and that he feels “a personal responsibility to reduce the impact of our activities on the climates.” Aside from buying a rainforest to protect it from logging, Eliasch also pledged that the FIS will cut its emissions by half by 2030.

The key will be to no longer chase wintry conditions across the globe, and for the race schedule to be optimized. At least one site — Zermatt in Switzerland — will now begin to accommodate year-round training for all ski teams, and next season, Eliasch says, races will also be held by regional blocks to decrease travel.

That would address the single biggest source of emissions caused by the world’s 135 million skiers: Depending on the mode and distance to the destination, traveling accounts for up to 86% of emissions from a ski holiday, according to a report published in the journal Mountain Research and Development.

Some destinations have begun tackling that problem through electric buses or bicycles. Skiers in Serfaus, Austria, can board the world’s shortest subway on one of four stops through the 1,100-resident village. And the Swiss village of Saas-Fee was already car-free when Wham filmed the music video for “Last Christmas” there in 1984.

Generally, however, visitors still get to both destinations by car and park in one of thousands of designated spots. Emissions from traveling to Morzine had Montagne Verte pondering, too. Most of its tourists are young Brits who fly to nearby Geneva, with round-trip fares going for less than $100. To get people to opt for the pricier but environment-friendly railroad, Morzine now offers train travelers discounts for ski lessons, drinks and dinner — and, next year, even for expensive lift tickets.

That, however, addresses only the extra costs of train travel, not the nuisance of having to swap trains several times. Looking at the rail network, Burton and her colleagues realized that a direct connection from Lille, a major hub for the Eurostar, would be possible. Next year, Montagne Verte plans to charter a train and fill it with 500 skiers.

“You want to go to the mountains on a ski holiday? Well, make sure it’s still there in 25 years. Start changing the way you do things,” Burton says.

With a successful pilot run, Montagne Verte hopes to convince the national train services of France to create a direct connection. It’s an uphill battle, Burton admits, especially given the vast subsidies granted to fossil-fuel-burning industries like airlines.

It’s these bigger-picture policies on which local efforts often hit a wall, says Jeremy Jones, who founded Protect Our Winters (POW), a U.S.-based association trying to get politicians to take action.

Jones, a former professional snowboarder, became engaged in climate action after a 2005 trip to Prince Rupert, Canada, where locals showed him a small ski area that had been forced to stop operating. He started switching to more efficient light bulbs and saving water but soon realized that the sweeping changes necessary to reach climate goals had to come from politicians.

To get them to act, POW aims to “unify the outdoor state” — or the roughly 50 million Americans who ski, hike, surf or take part in similar activities. That potential voter base, Jones says, is 10 times larger than the NRA’s active members.

“There are a lot of politicians that are afraid to cross the NRA because they are afraid they’ll lose their job, that they will not get reelected,” says Jones, now 52 and a father of two. “We need to make it so that politicians view climate in that same manner, where when they take a bad vote on climate, a pro vote for fossil fuels, they will lose their job in the next election,” he says.

Ski idols like Mike Douglas, known as the godfather of freestyle skiing — now an Olympic discipline — have joined POW, as have younger, emerging talents, like the teenage skier Kai Jones and snowboarder Bea Kim, who hopes to compete in the next Winter Olympics. In the last national election cycle, POW’s nonpartisan “pledge to vote” campaign reached 30,000 people, many of them nonvoters or considered unlikely to vote.

In the 2018 election in Montana, POW pushed for climate coverage in local papers and helped 800 voters register. Democrat Jon Tester — who says the impact of climate change on his own farm is “starting to scare the hell out of me” and who campaigned for an energy transition that would create high-paying jobs — secured reelection with 50.3% of the vote.

Across the Alps, too, politicians are increasingly addressing climate change, Steiger says — especially in areas like Tyrol, an Austrian province where every fourth job depends on the winter tourism industry. Last year, the state government ordered all ski resorts to become climate-neutral by 2035.

“The political will is there,” Steiger says, “just how it’s put into action remains to be seen.”

At Lachtal, for one, that means that the wind farm is going to be extended within the next five years, and the 2-megawatt solar panels will be increased to about 10 megawatts.

“It’s all working very well,” Wiesnegger says. “You can really tell that there’s support, including from the community.”