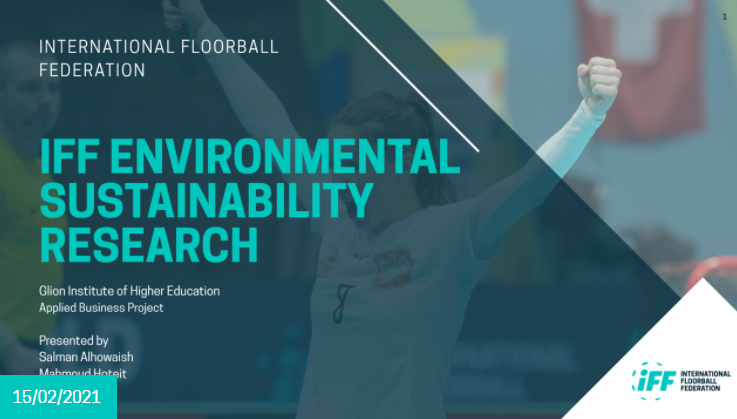 A fan survey was launched to investigate the perceptions of the floorball community on environmental topics. The survey was done in cooperation with the Glion Higher Institute of Education. The student project was part of an Applied Business Project.

The survey ran from 29th of January until the 4th of February. A total of 385 respondents fully completed the questionnaire. The gender split among the respondents was reflective of the IFF social media follower profile: ~69% male and ~31% female. It was no surprise that the majority of replies came from Czech Republic, Finland, Sweden and Switzerland making up 68% of all responses (to be noted that the respective federations of these countries also promoted the survey). The age range varied between 13 and 55+ with 28-35 year old being the biggest group.