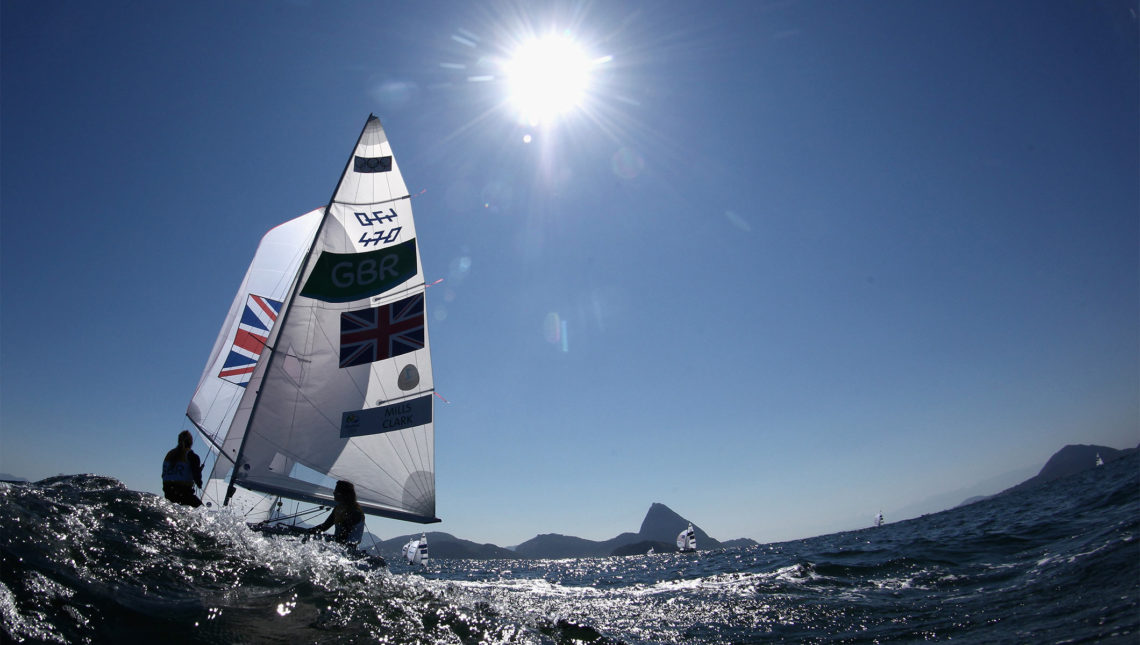 Olympic sailing champion Hannah Mills and Tokyo 2020-qualified rower Martin Helseth have been chosen as European Climate Pact Ambassadors, aiming to use the power of sport to engage people and communities in action for climate and the environment.

Part of the European Green Deal – the EU’s roadmap for creating a more sustainable economy – the European Climate Pact aims to give citizens and all parts of society a voice in addressing climate change.

The role of the Ambassadors will be to reach out to people or organisations that are not yet involved in climate action; inform, inspire and support climate action within their communities and networks; lead by example in climate action and environmental protection; and become a bridge between civil society, interested stakeholders and the European Commission (EC).

“I believe it is every person’s responsibility to do what they can to help address climate change, because this global problem affects each and every one of us,” said Olympic champion Hannah Mills. “Sport has a huge role to play. There are many reasons for this, including the reach of global sporting events and the fact that sport is an ‘innovator’, always pushing boundaries. If we can use its power to help more people understand climate change and the available solutions to address it, then we can really make a difference.”
“I’m extremely proud to have become a European Climate Pact Ambassador,” said Norwegian rower Martin Helseth. “I believe that, in today’s world, athletes need to match their love of sport with care for the environment, on which we all depend. I am passionate about rowing, but my passion for nature is just as big. I look forward to inspiring more people and communities around the world to take meaningful action to protect it.”

British sailor Mills won gold at Rio 2016 and silver at London 2012, and is set to compete in Tokyo next year. She is a passionate environmentalist and founder of The Big Plastic Pledge launched in September 2019 with the support of the IOC. The campaign has so far united more than 3,000 athletes and sports fans in their mission to eradicate single-use plastic in sport.
Norwegian rower Helseth has qualified for the Olympic Games Tokyo 2020. As part of his commitment to protect the ocean, he has pledged to clean up five tonnes of waste on Norwegian shores. He is also an IOC and FISA Clean Seas Ambassador.

The two Olympians were announced as Ambassadors during yesterday’s European Climate Pact launch. Both were proposed for the role by the IOC. As part of its efforts to involve the Olympic Movement in the European Climate Pact, the IOC submitted a position paper to the European Commission outlining the readiness of the sports community to help address climate change. The paper has been endorsed by nine European National Olympic Committees and 13 International Sports Federations. Further exchanges between the IOC and the EC to explore possibilities for new collaboration on the topic will continue in the new year.

The IOC is a carbon-neutral organisation and is aiming to become climate positive by 2024. In 2018, together with UN Climate Change, the IOC launched the UN Sports for Climate Action Framework to develop a climate action agenda for sport. To date, more than 170 sports organisations have joined the Framework.