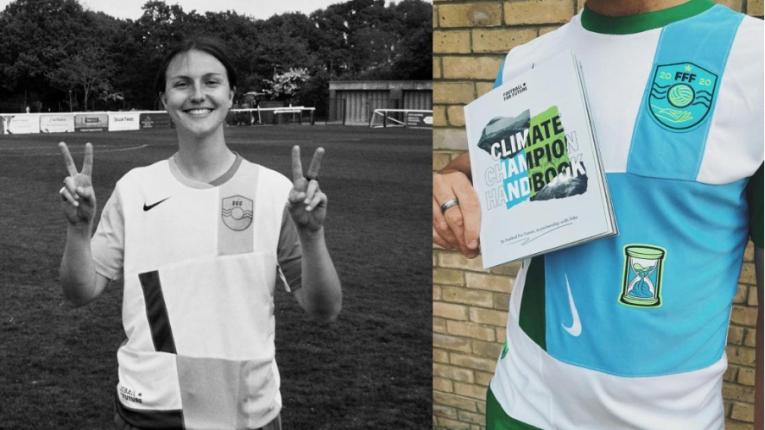 Environmental football non-profit Football For Future have partnered with Nike to create a new Climate Champion Handbook for Nike athletes, educating them on climate change and its relationship with football.

Environmental football non-profit, Football For Future, have launched a new handbook for Nike athletes, supporting them to become Climate Champions.

Climate Champions are individuals who use their platform to stand up for the planet. Football For Future have created this handbook to inspire Nike athletes on this journey.

“The climate crisis is now and it’s not something we can avoid. If football is going to have a future, the sport needs to use its relations with the world’s biggest brands and companies to ensure they do their part. Sponsors have a responsibility to educate their athletes on the interrelationship between football and climate change – and Nike partnering with Football For Future to produce this handbook is a step in the right direction.”

“We’re delighted to work with Lotte and Nike on this pioneering project to activate athletes in the climate space. There is such exciting potential if we can support players and brands to use their platforms to educate their followers about important issues and redefine the climate conversation for new audiences. There is a long way to go – but this is a good first step.”

The recipients of the Climate Champion Handbook have received it as part of a toolkit, which also includes a limited-edition and upcycled-by-hand Football For Future x Nike football shirt, featuring patches designed by ILOVEDUST.

According to the IPCC, humanity must significantly reduce carbon emissions this decade to avoid irreversible damage to the Earth’s climate system. Despite this, 2021 saw the second biggest rise in greenhouse gas emissions on record.

The relationship between football and climate change is clear: