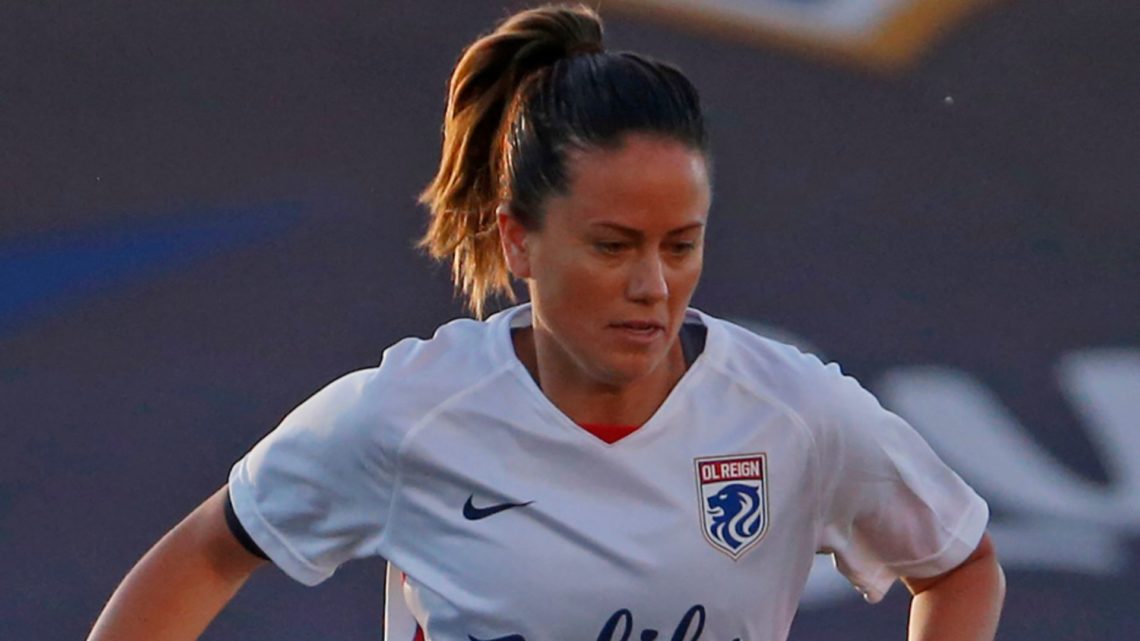 Think of the most sustainable football team in the world. Forest Green Rovers? That’s probably where the smart money is – they are the clear class leader anywhere on the planet, caring for it as they do. Hibernian? Self-entitled “greenest team in Scotland” and another early signatory of the Sport for Climate Action Framework. Real Betis and Wolfsburg? Betis have launched ‘Forever Green’, an environmental action programme aimed at encouraging businesses to work through football to contribute actively against climate change, while Wolfsburg have been assessing and reporting on their own sustainability efforts for years.

But maybe there’s a new challenger, coming from Stateside. Maybe they have an ace card to play, which is the strength and profile of their athletes, including perhaps one of the greatest current sporting activists, Megan Rapinoe. On this occasion, it’s not actually Rapinoe who is driving change but her co-captain at OL Reign in the National Women’s Soccer League, Lauren Barnes.

Lauren is currently preparing for the new NWSL season, but even with the distractions of the coronavirus pandemic, the focus of the 31-year-old remained as sharp as her defensive instincts as she honed in on a new project in sustainability. It’s a journey she has been on for a while, but this particular light bulb moment came during the Challenge Cup in Utah last year.

“We were in our bubble, and because of the protocols for Covid, there was just so much around plastic utensils – it was all single-use stuff, you had to use it and toss it for safety reasons, and that’s totally understandable, but we were like, ‘Ok, how can we change this?‘” recalls Barnes. “So I reached out to three companies and they were all so excited about what I had in mind, mixing the sustainable world – which is very small in itself – and then the sport world which is also a small community.”

But expand that one example, move from three companies to 20 and fast forward a few months, and so the MAD Travel Kits were conceived. Lauren’s latest brainwave is a sustainable kit aimed at providing professional athletes, in this initial instance her OL Reign team-mates, with an array of products that fit their daily needs and prioritise saving the environment. We are talking everything from dental care to deodorant, razors to reusable coffee mugs, eco-friendly make-up remover to eating utensils, and of course the case itself.

MAD stands for “Make A Difference”, so it does what it says on the case, and to say it’s had a ripple effect is putting it mildly. “There are so many girls that bought into it and were so interested in it, and wanted to have more of a conscious impact within their daily life and their habits, so I think a lot of them just started educating themselves. You can see in our locker room, so many people bring their own reusable plates when we have lunch, reusable cups, so everything like that carried through. I think at this point we’re probably the most sustainable club in the NWSL and that’s our goal,” says Barnes.

It’s a powerful statement, especially when you think of the popularity of women’s soccer in the United States and the platform the players have in particular. None more so than Megan Rapinoe who has been happy to offer her backing for Lauren’s cool new concept.

“‘Pinoe’ is so down to earth, and she is one of the biggest advocates, I wouldn’t even just say sports any more, she’s just an advocate for life. She’s been in Seattle for a very long time so this is something the people also absolutely stand by and I think she tries to be as conscious as she possibly can, like all of us in the locker room,” says Barnes. “I haven’t had many extensive conversations with her, but regardless, because we’re doing it as a team, she’s going to want to support that as well. She’s been a been backbone for our club here and I think just moving forward with something like this, she’ll be really excited about it.”

Lauren’s own excitement is contagious, almost as if it’s her first foray into the space, but it’s clearly not. Originally from South California, her love for her immediate environment quickly turned into a love for the planet at large: “Growing up by the ocean, being able to be outdoors, being in a safe space every time I could whenever I went out was instilled in me at a very young age.” There have been other triggers too. She credits being a vegan for the last six-and-a-half years as a big motivator. “That lifestyle change which is a big one just made me more aware. I was doing it mostly for my health, but when I started educating myself, there was so much that was connected obviously to the environment and that’s where that love for sustainability started to grow even more stronger,” says Barnes.

Admittedly, Lauren’s immediate environment is a part of the world where many are already converted to the cause. Washington State as a whole is very sustainably driven, and it’s reflected in the work of its sporting franchises in Seattle: the Sounders in MLS, the Seahawks in NFL and the Mariners in MLB all run plastic-free initiatives, while Lauren’s team-mate Jasmyne Spencer has her own eco-clothing line alongside being a pro athlete.

The MAD kits will soon be making their way not just through the OL Reign locker-room but to other NWSL teams (a few have asked about the initiative and how they can replicate it at their own clubs) and ultimately out to the general public, where Lauren is hoping the message about sustainability will land and have the greatest impact.

“There’s going to be a pledge that everyone can take so I think it’ll be interesting to see how that pledge spreads and if the fans take it on and want to be a part of it, because that’s been one of the best things for me – I love the community outreach, I love the fan-based stuff,” says Barnes. “I’ve been engaged with Seattle’s community for six years and now we’re in Tacoma for the last three, I’m hoping I reach the fanbase a bit more and be able to have these conversations, be open and honest with it and hopefully see a little bit of change with that. Who knows where these MAD kits can go?”

Aside developing her product, Lauren lives and breathes a sustainable lifestyle, and definitely walks her talk. At times it even consumes her. She calculated her entire carbon footprint for that 2020 Challenge Cup series in Utah, even working out how many trees needed to be planted to offset those emissions. But it’s making a difference and as a result, OL Reign is considering a community garden relating to the team’s carbon footprint.

Longer-term, Lauren wants to use her MAD kits as an educational tool, league-wide with the NWSL, but then wants to take it into other sports and even mega sporting events like Olympic Games and World Cups. For something that began as a solely team-based initiative, to turn it into more than a proper side hustle would be extremely impressive.

With all these ambitions, it’s clear that Lauren enjoys leadership, and she will need to show those very qualities on the pitch as the new NWSL season edges closer. OL Reign have been close to glory on a number of occasions, notably back in 2014 and 2015 when they made the championship game and the last two campaigns where they have reached the semi-finals.

With the players put through an extended pre-season, Megan Rapinoe back and fit to join up with a strong squad and a consistency that they have built up over the years, Lauren senses something special is building. This could be the year where her impact and purpose reaps its just rewards – definitely in terms of sustainability, but maybe in terms of silverware too.

As part of our Sky Zero ambition to be net zero carbon by 2030, we’re improving the sustainability of our sports productions and working with industry partners to create change.

In the UK and Ireland, we’re raising awareness through the BAFTA albert Sports Consortium, which we jointly founded with other broadcasters in 2020. We’ve offered our production teams carbon literacy training, encouraged them to use public transport and car shares and cut the number of flights they take.

We’ve been working with BAFTA albert on empowering our teams to make editorial content that supports a vision for a sustainable future, because it’s not just about how we make TV. We’ll use our scale and reach as Europe’s leading direct-to-consumer media and entertainment company, to start new conversations and inspire action. We’ll spread the word through our Sky Sports channels and programmes, inspiring as many people as we can to join us and #GoZero