The Carbon Trust are an expert partner for businesses, governments and organisations around the world – supporting them in realising ambitious plans for a sustainable, low carbon future.  They consider that environmental sustainability and economic prosperity can go hand-in-hand. 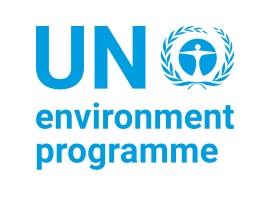 The CDP (formerly the Carbon Disclosure Project) is an organisation based in the United Kingdom which supports companies and cities to disclose the environmental impact of major corporations.

It aims to make environmental reporting and risk management a business norm, and drive disclosure, insight and action towards a sustainable economy.
Since 2002 over 8,400 companies have publicly disclosed environmental information through CDP.

CDP piggybacked on GRI's concept of environmental disclosure in 2002, focusing on individual companies rather than on nations.
At the time CDP had just 35 investors signing its request for climate information and 245 companies responding.

Today, nearly a fifth of global greenhouse gas emissions are reported through CDP

The Dow Chemical Company is a chemical corporation among the three largest chemical producers in the world.
Dow manufactures plastics, chemicals, and agricultural products.

Dow combines the power of sport and science with the power of collaboration to catalyze action on climate change and help build a sustainable future. Our strategic partnerships with organizations from the International Olympic Committee (IOC) to International Sports Federations advance best-in-class technologies and deliver sustainability gains to society. Sport is our starting point. A sustainable future is our destination.

In 2017, Dow was appointed the Official Carbon Partner of the International Olympic Committee(IOC). As a result, Dow has developed a collaborative carbon mitigation program using the power of science and the platform of sport to balance the operational carbon footprint of the IOC and bring societal benefits.

Since then, Dow has been working with customers, value chain partners and industry leaders to introduce innovative carbon projects in the Built Environment, Packaging, and Manufacturing & Energy sectors that are focused on accelerated adoption of existing low carbon solutions.

In these roles, Do has brought materials science expertise, technologies and science-based solutions to develop and implement carbon mitigation programs and deliver climate benefits that extend the program's reach and influence globally.

To date, the cumulative GHG reductions from Dow’s three carbon programs, which include Sochi 2014, Rio 2016 and the IOC programs, have reached more than 5 million tonnes of CO2e. By 2026, the programs are expected to exceed 6 million tonnes in CO2 reductions.

Within these reports, we describe Dow’s efforts to build capacity, drive change and achieve the adoption of low-carbon technologies. We hope the lessons learnt will provide actionable advice to organizations across sectors to help build effective partnerships and accelerate the introduction of more sustainable technologies globally.

Sustainable Future Programs: The Triple Win Opportunity
Collaborating in new and meaningful ways is essential for the transition to a sustainable society. Through our “Leading the Blueprint” 2025 Sustainability Goal, Dow is focused on developing collaborative blueprints that integrate public policy solutions, science and technology, and value chain innovation.

Our Sustainable Future programs are designed to support sustainability strategies of partners and create a positive and lasting legacy, while also offering a collaborative blueprint that others can follow.

We leverage Dow’s broad technology portfolio in applications that have the potential to generate significant long-term climate benefits including:

Dow has created an innovative Climate Solutions Framework to encourage wider adoption of technologies and activities to reduce greenhouse gas (GHG) emissions. Originally developed for events, the Framework allows organizations, in collaboration with industry partners, to implement a structured, yet flexible, approach to quantify and offset the impacts of their activities while also leaving a positive legacy through the adoption of innovative low-carbon technologies. Incorporating existing best practices in GHG measurement and reporting, The Framework takes a rigorous approach to the development of a portfolio of GHG mitigation projects.

GHG Protocol offer online training on our standards and tools, as well as the “Built on GHG Protocol” review service, which recognizes sector guidance, product rules and tools that are in conformance with GHG Protocol standards.

Project Play 2024, a cross-sector initiative guided by the Aspen Institute and collective impact principles, was originally formed in 2017 under the name Project Play 2020. The groundbreaking initiative mobilizes industry organizations to increase youth sport participation rates and related metrics among youth through age 12. Participating organizations develop shared goals and take mutually reinforcing actions aligned with the initiative’s Theory of Change. The metrics KPI) of interest to the group:

In 2017, the group focused primarily on two strategic areas where many members have influence, Train All Coaches and Encourage Sport Sampling, two of the eight “plays” in the Project Play framework for getting and keeping kids active through sports. Engaging parents was also identified as a shared opportunity. In all three areas, tools were created and actions were taken to drive progress.

In 2020, this initiative enters its second phase, which will span from 2020-2024. Entitled Project Play 2024, this phase will continue its focus on increasing participation rates for kids through age 12, particularly low-income youth and girls, through a variety of mechanisms. In addition, the group will consolidate its energies around how to make quality, affordable, community-based sport the dominant option for youth through age 12.

The Aspen Institute serves as the backbone organization for the effort, with staff dedicated to coordinating activities and helping members identify their mutually reinforcing actions. Aspen facilitates continuous communication among members, hosts biannual in-person meetings, captures data, supports the development of tools and resources, elevates successes at the Project Play Summit, and recruits and vets members and affiliates.

Under increasing pressure from different stakeholder groups – such as governments, consumers and investors – to be more transparent about their environmental, economic and social impacts, many companies publish a sustainability report, also known as a corporate social responsibility (CSR) or environmental, social and governance (ESG) report. GRI’s framework for sustainability reporting helps companies identify, gather and report this information in a clear and comparable manner. First launched in 2000, GRI’s sustainability reporting framework is now the most widely used by multinational organizations, governments, small and medium enterprises (SMEs), NGOs and industry groups in more than 90 countries.

Center For Sport and Human Rights

The Centre for Sport and Human Rights is a human rights organisation for the world of sport.

The Centre's role is to work towards a world of sport that fully respects human rights through collective action and through the promotion of the Sporting Chance Principles.

The Centre's aims are threefold:

Scope
Sport has the power to be a uniting force for good in society in ways little else can. By harnessing this power and acting collectively, the diversity of actors involved in the world of sport have the potential to deliver concrete impacts for those affected by sport.

Through our Advisory Council, the Centre brings together an unprecedented alliance of intergovernmental organisations, governments, sports bodies, athletes, hosts, sponsors, broadcasters, civil society representatives, trade unions, employers and their associations, and national human rights institutions. These organisations have come together united in the understanding that there is a generation of work to be done to fully align the world of sport with the fundamental principles of human dignity, human rights, and labour rights.

The Centre performs a range of activities under a framework of sharing knowledge, building capacity, and increasing accountability. The Centre’s work is rooted in normative international human rights standards. In fulfilling this mandate, the Centre is committed to being independent, principles-based, inclusive, diverse, collaborative, accessible, and trusted.

The Centre is an impartial convenor and a safe space for aligning multi-stakeholder action. Within all activities there is an explicit focus on supporting governments, host actors, sports governing bodies, international federations, and companies. Each has a unique role to play in promoting human rights and implementing their duties and responsibilities to: prevent harms in line with the Sporting Chance Principles, take a clear cross-cutting focus on strengthening access to effective remedies for affected groups, and communicate transparently on progress towards full implementation.

The Centre's work is framed to be responsive to key stakeholders affected by sport – the athletes, communities, workers, volunteers and officials, journalists, and fans – as well as cross-cutting groups that may have particular vulnerabilities – namely, children, human rights defenders, women and girls, LGBTI+ people, people with disabilities, migrants, minority and ethnic groups, indigenous people, and historically disadvantaged communities.

In prioritising action, we consider the severity and likelihood of human rights risks arising, the potential for positive change, and the opportunities to learn, raise awareness, and increase capacity.

History
Launched in June 2018, the Centre is the outcome of many years of work by organisations now represented in its Advisory Council, and a three-year process of collective action through the network that led to the Centre's formation (the Mega Sporting Events Platform for Human Rights (MSE Platform)).

The MSE Platform first convened in November 2015 by the Institute for Human Rights and Business (IHRB), and throughout the next two and a half years demonstrated the value of collective action through a range of concrete activities including producing research, tools, and convening stakeholders in local and global forums to share knowledge, assess progress, and identify challenges.

A commitment to establishing the Centre was made by the MSE Platform’s Steering Committee in a joint statement issued in November 2017, on the occasion of the second Sporting Chance Forum in Geneva.

Governance
The Centre for Sport and Human Rights is chaired by Mary Robinson, former President of Ireland and former UN High Commissioner for Human Rights. The Centre is being incubated as a subsidiary of IHRB before transitioning into a fully independent organisation from 2021.

The Centre is registered as a Charity in the UK (Registered Charity Number: 1187647) and the Trustees are Frances House, Rae Lindsay, and Ron Popper.

During 2020, the Centre is overseen by its Trustees and a Governance Committee for an interim period until a new board of Trustees is appointed from 2021. Trustees will be appointed by the Centre's Advisory Council, which convenes bi-annually to set and monitor the Centre's strategy and impact and to hold the Centre accountable to its mandate.

Information about the Centre’s policies and procedures, including with regard to complaints and grievances is available under policies.

RIGHT HUB is an initiative designed to promote environmental, social, ethical and economic sustainability in business processes and to support the growth of the Social Economy in Italy (social co-operatives and social enterprises).
RIGHT HUB Right Business, Right World is not simply a claim. For us it means fostering a real win-win approach, both among not-for-profit and for-profit organizations, and between the community and the enterprises, promoting a way of doing responsible and sustainable business.

The European Non-Governmental Sports Organisation (ENGSO) is a European sport NGO, the leading voice of voluntary sports organisations in Europe, advocating for sport-related topics to European decision-makers. It is a not for profit organisation, promoting the interest of its member organisations, which are National Sport Confederations and National Olympic Committees from 34 European countries.

European youth sport organisation, is the autonomous youth organisation of the European Non-Governmental Sports Organisation (ENGSO). ENGSO Youth focuses on the youth sport-for-all sector in Europe and represents young Europeans under the age of 35 in sports in 34 countries.