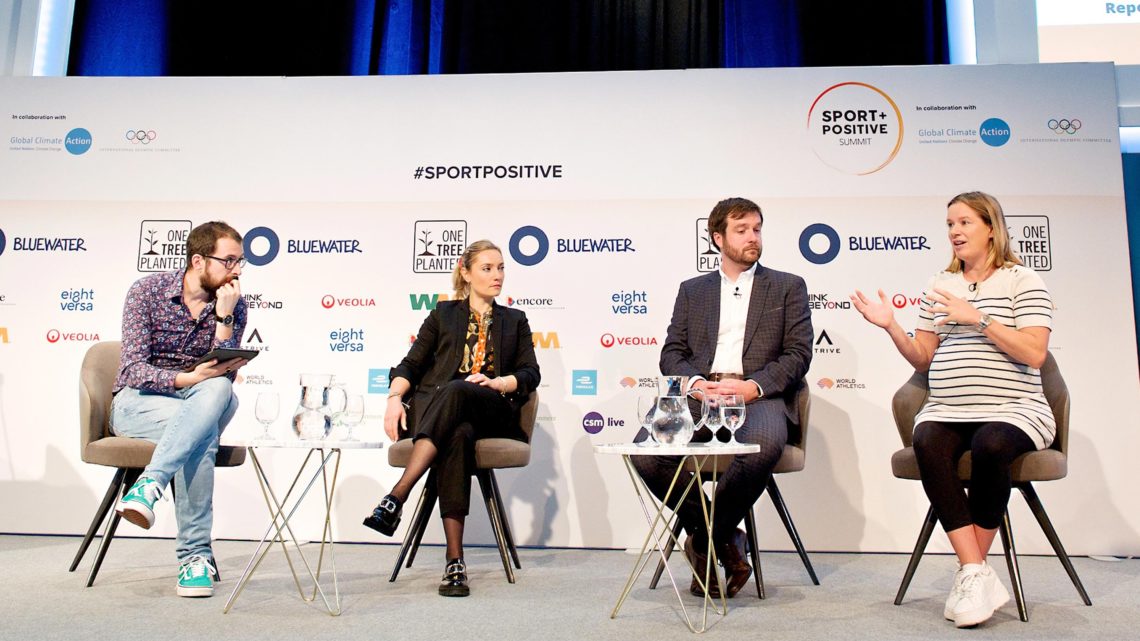 The third edition of the Sport Positive Summit, supported by the International Olympic Committee (IOC), United Nations Climate Change (UNFCCC) and other global sports organisations, was held in London last week. Sports bodies and sport personalities from around the world came together to share their experiences and discuss how sport can help address climate change. All of them pointed out the importance of cooperation in the fight against the crisis.

As global sport is being increasingly affected by climate change, the Sport Positive Summit brought together international sports stakeholders that have signed the UNFCCC Sports for Climate Action Framework to discuss possibilities, good practices and solutions, and inspire more people to join them in the mission towards a lower-carbon future.

Conversations covered a wide range of topics, from the challenge of Net Zero – cutting greenhouse gas emissions to as close to zero as possible – to the effects of indirect (Scope 3) emissions in the sports world – such as travel emissions – and how to address them. Participants also discussed the various ways for athletes to leverage their digital platforms and use their voices to raise awareness of the impact of climate change.

IOC Sustainability Ambassador and British sailor Hannah Mills said: “For me, education and particularly climate education for all young people is crucial to empowering and engaging the next generation of change-makers and decision-makers with what we need to do to mitigate the climate crisis we are facing. Sport has a huge opportunity to reach young people and engage them in a way politicians and business perhaps cannot.”

Following the Summit, Claire Poole, CEO and Founder of Sport Positive, welcomed the quality of the discussions between the participants and highlighted the key takeaways of the gathering: “The themes that came up over and over again across all agenda sessions and conversations were: collaboration, authenticity, transparency, the crucial role of athletes and the importance of taking action now.”

“We are stronger together” was another the key theme of this year’s Summit. “We must not be competitive when it comes to climate change, we need to work together, as a team,” said Julie Duffus, the IOC’s Senior Sustainability Manager.

“Seventy to 75 per cent of pro athletes are either concerned or very concerned about climate change, so it’s definitely something that everyone should take into account when planning events,” said World Athletics’ Head of Sustainability Bob Ramsak.

Jamie Farndale, the captain of Scotland Ruby Sevens, added: “It makes so much sense to find out what your athletes care about and focus on this for the future.”

In addressing the climate crisis, everyone has a role to play, and the IOC has taken the lead within the Olympic Movement. In line with the Paris Agreement, the IOC has committed to reducing its direct and indirect emissions by 50 per cent by 2030. And while it is already a carbon-neutral organisation, it is committed to becoming climate positive by 2024.

As part of this commitment, the IOC will create an Olympic Forest, with around 590,000 native trees planted across Mali and Senegal. The effort will help remove more carbon from the atmosphere than the IOC emits, while contributing to Africa’s Great Green Wall – an initiative to restore degraded landscapes across Africa’s Sahel region. More than planting trees, the Olympic Forest will contribute to increasing the local communities’ food and economic security, in an area which has experienced increased droughts and floods.

Upcoming editions of the Olympic Games have committed to carbon neutrality, while Paris 2024 aims to be the first Olympic Games to contribute positively to the climate, reducing its emissions by half compared to previous Olympic Games. From 2030, all Olympic Games are required to be climate positive.