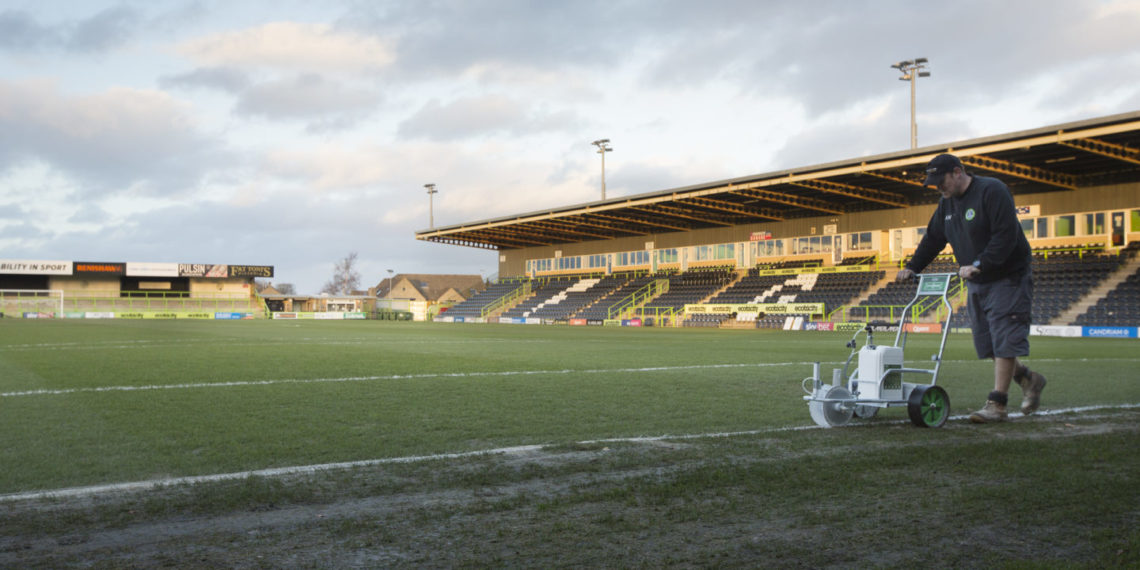 A League One football club is having a local and global impact on sustainability, research from Cardiff University concludes.

In two papers published in  Qualitative Market Research and the Journal of Business Ethics, academics detail the ways in which Forest Green Rovers has changed every aspect of its practices to focus on sustainability – from only selling vegan food, generating its own electricity with the installation of solar panels, to the way in which the pitch is maintained.

Its ethos is succeeding in changing attitudes of players and supporters alike, while putting it on the worldwide stage, they conclude.

Dr Anthony Samuel, based at Cardiff Business School, who spent two years embedded with the club, said: “People expect to hear messages about sustainability in certain places – in a vegan café for example. But the fact that this is happening in such a novel place makes the impact on those who visit Forest Green Rovers more profound. We saw this in our interviews with those who came into contact with the club. Players, fans and other stakeholders linked to the club said they had begun to eat less meat in their day-to-day lives, and that it had changed the way they think about sustainability.

“What’s more, it’s succeeding in putting the club, which has just gone up to League One, on the map around the world, with people from the industry coming to find out how they could adopt similar practices.

“It is unquestionable that Forest Green Rovers has developed a new type of football, one that shows us how a re-imagined socio-spatial infrastructure can result in new practices, new responsibilities and new identities for those who shape and occupy its place.”

The papers detail how the ideological leadership of Dale Vince has resulted in material alterations to the practices and infrastructure of the club. Limiting the choices available to  staff and visitors when they visit  has been of the utmost importance in gaining momentum in support of the changes, concludes the paper in Qualitative Market Research .

Eliminating the option of buying products with a poor environmental or social record has dramatically altered the culture of the club, the research says, with its achievements in improving its social and environmental impact widely respected among its fans, residents and global institutions.

In the Journal of Business Ethics paper, researchers point out that multiple forms of supererogatory acts – where the business has gone above and beyond in its endeavours – adds to its authenticity and that sharing its practices with others has a benefit for it and others beyond its local community. Dr Samuel added: “Our research is proof that football clubs, often viewed as commercial organisations which put profit and trophies first, could maintain and even improve their success and standing on the world stage, while being centred around ethical values and sustainability.

“More widely, it shows how Small and Medium Enterprises (SMEs) such as this one can form an important part of our collective efforts towards developing a sustainable future.”

“The club on the hill”: footballing place as an arena for sustainable and ethical action”, is published in Qualitative Market Research and is available to view here.

“Exploring and Expanding Supererogatory Acts: Beyond Duty for a Sustainable Future”, is published in the Journal of Business Ethics and is available to view here.