The Toyota Center and Houston Rockets had environmental responsibility on their radar even before the arena opened in 2003. “We started before we got into the building. We have always been very environmentally conscious at the Toyota Center—it’s always been a part of how we operate,” says Sarah Joseph, director of community relations at the Rockets. The push towards operational efficiency and eventually pursuing LEED certification stems from their green-minded owner, Leslie Alexander. “Environmental responsibility is extremely important to Mr. Alexander,” says Scott Manley, director of event operations at Toyota Center. The Toyota Center was the fourth NBA arena to receive LEED certification, earning LEED Silver for Existing Buildings: Operations and Maintenance in 2010. “Applying for LEED was done on a voluntary basis, so we looked at that as an opportunity to take a leadership role,” says Manley.

When Target Field received its LEED Silver New Construction (NC) certification shortly after opening in 2010—at the time, it was only the second ballpark in the U.S. to receive LEED certification—the U.S. Green Building Council called it the “Greenest Ballpark in America.” But the Twins didn’t stop there: The stadium went on to earn LEED Silver for Existing Buildings: Operations & Maintenance (EBOM) the following year.

The Atlanta Hawks have a competitive green streak that came out when they vied with the Miami HEAT to become the first NBA team with a LEED-certified home arena. For eight months, the Hawks worked hard to achieve LEED Certification for Existing Buildings: Operations and Maintenance (EBOM), and the team was awarded the LEED certification on April 7, 2009, becoming the first NBA arena in the world to achieve this certification for an existing facility. Today, many NBA arenas have achieved LEED certification including the Miami HEAT, the Orlando Magic, Houston Rockets, and Portland Trail Blazers. To earn certification the arena invested in a variety of green improvements almost a decade after the building first opened. These upgrades included: HVAC, chiller, and lighting retrofits; reflective roof materials that reduce cooling needs; and water conservation measures such as low-flow bathroom fixtures that have cut water usage by 2 million gallons.

The horizon looks bright for the future of football in Tegucigalpa, the mountainous Honduran capital of 1.2 million inhabitants, where players are now able to enjoy training at a brand new youth football stadium, financed by the FIFA Forward Development Programme. The new facility will allow them to enjoy football in the best conditions, bringing more quality of play in a country where football is more than just a game.

FIFA: Women’s Premier League in Kenya gets a big push

With a population of more than 52.2 million people, Kenyans are known to be extremely passionate about football and the potential for women’s football to develop in such an extended African territory is tremendous. As a result, women’s football development has become one of the top priorities of the Football Kenya Federation (FKF). The Kenyan Women's Premier League is the top tier women's football league in the Kenyan football league pyramid.

The eighth meeting of the FIFA Council was held today in Kigali, Rwanda, where the members of FIFA’s strategic and decision-making body discussed a number of pivotal aspects regarding the future of FIFA competitions.

Considered as the most popular sport in Poland, football is more than a passion in the Eastern European country. It brings fans together and helps to reduce social isolation, especially in the most remote areas. The development of football infrastructure and the constant increase in numbers of the coaches in recent years, combined with the increased interest in football among young people, created the foundation upon which the Polish Football Federation (PZPN) was called to build its future strategy.

In October 2010, the Amway Center became the first LEED Gold–certified designed and constructed professional basketball arena in North America. Today it remains the only NBA arena to be awarded LEED Gold certification within the New Construction standard. The arena uses approximately 25 percent less energy and 40 percent less water than arenas of similar size and type, saving the team hundreds of thousands of dollars each year—including close to $700,000 annually in energy costs alone. As a sports industry leader in advanced green building approaches for venue construction, the Amway Center is a local and national role model for efficiency and environmental stewardship. The Magic have worked hard to spread the green message embodied in their arena to fans nationwide, including through their role as hosts of the 2012 NBA All-Star Game. 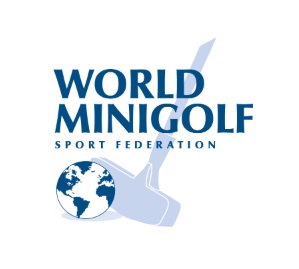 The World Minigolf Federation (WMF) organized on October 22, 2019, in cooperation with United Through Sports and the main sponsor of the World Championships 2019 Invengo Group Company Limited an UTS conference in Zhouzhuang, China. Julia Govinden, CEO of United Through Sports made now a clip out of the video material which was provided by WMF and Invengo. The title of the conference was "United Through Minigolf - Building Bridges".

The United States Tennis Association (USTA) partnered with NRDC to launch its official greening effort at the 2008 US Open, including the tournament’s first water bottle and aluminum can recycling program, and the greening program has continued to make strong improvements at every Open since. “The commitment and expansion of the US Open Green Initiatives will ensure that the world’s highest annually- attended event is the most environmentally conscious,” said Jon Vegosen, chairman of the board and president, USTA, and chairman of the US Open. “These environmental endeavors have kept the USTA, the US Open and tennis fans in the forefront of the global effort to preserve the environment.”